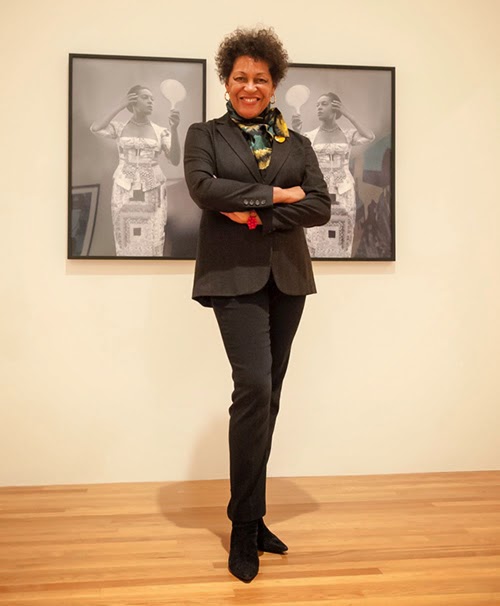 Honorary Southern Photographer Carrie Mae Weems recently delivered the Rothschild Lecture for 2014 at the Nasher Museum of Art on the campus of Duke University.

Folks who would like to get at least the flavor of her lecture may now do so, thanks to the generous selections from her talk that the Nasher folks have gathered on their blog, HERE. 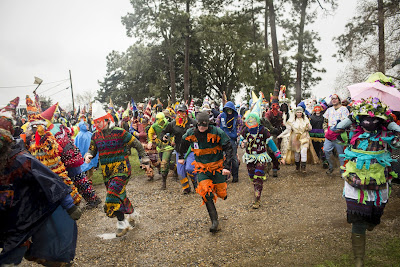 A couple more items from the news:

1. New Orleans-based photographer William Widmer is featured on the New Yorker magazine's website with a portfolio of his work A Cajun Courir, documenting Mardi Gras festivities in western coastal Louisiana.

This is a very un-New Orleans version of Mardi Gras.

The New Yorker describes Courir de Mardi Gras as "a ceremonial run that is believed to have its roots in Medieval French begging customs. Participants travel the countryside on horseback and on foot, soliciting ingredients for a communal gumbo that is prepared at the end of the run."

Some stunning images by Widmer on view here, well worth your attention. 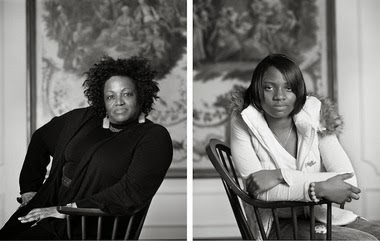 2. Honorary Southern Photographer Dawoud Bey has several images in this year's Whitney Biennial, including the diptych Maxine Adams and Amelia Maxwell, from Bey's portfolio The Birmingham Project (see above).

Bey's work, including his formal portrait of Barack Obama, is on exhibit at the Whitney Museum of American Art,  at 945 Madison Avenue at 75th Street, in Manhattan, through May 25th, 2014.

Good to see Southern photographers, and Southern subjects, on view in NYC.
Posted by John N. Wall/Photographer at 12:01 PM No comments: 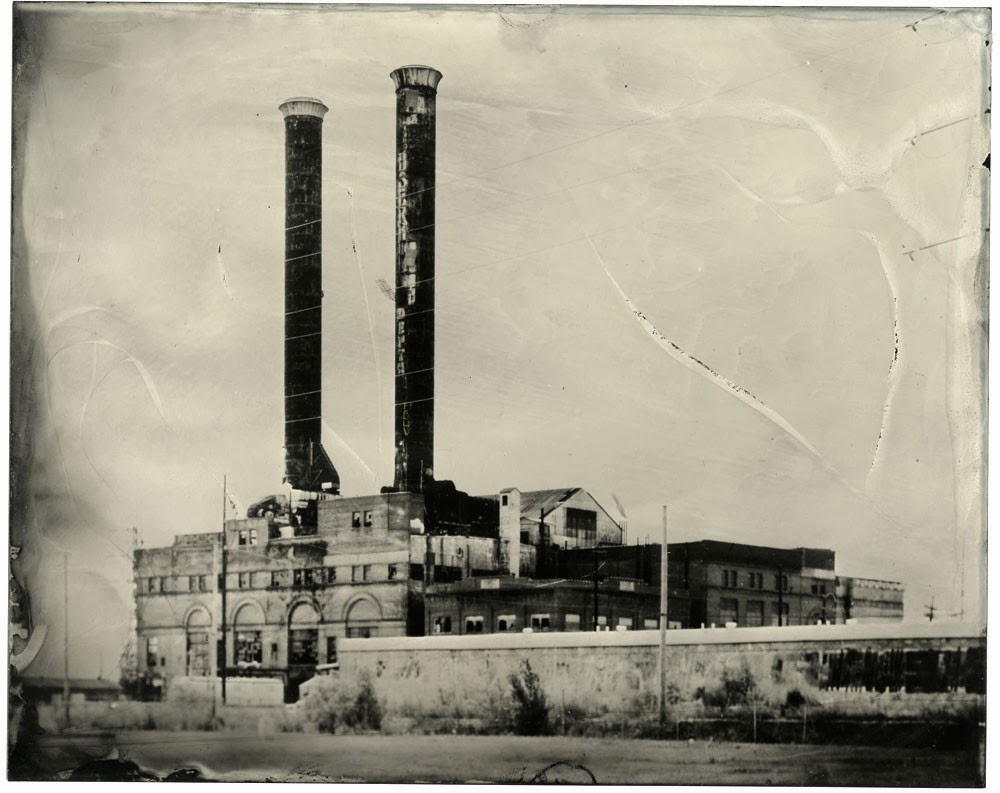 The latest issue (Volume IX, Issue 2) of South by South East (S[x]SE) Photography Magazine is now out for spring 2014, and it has all the fine photography and engaging features we have come to expect from S[x]SE.

Editor Nancy McCrary features in this issue a portfolio of work by New Orleans-based photographer Meg Turner (see image above) made in Chernobyl. There is also a long interview with Turner about her work, and especially about this body of work made far from Turner's home base in Louisiana.

The rest of the issue is devoted to a series of portfolios that all deal in one way or another with the subject of farms. 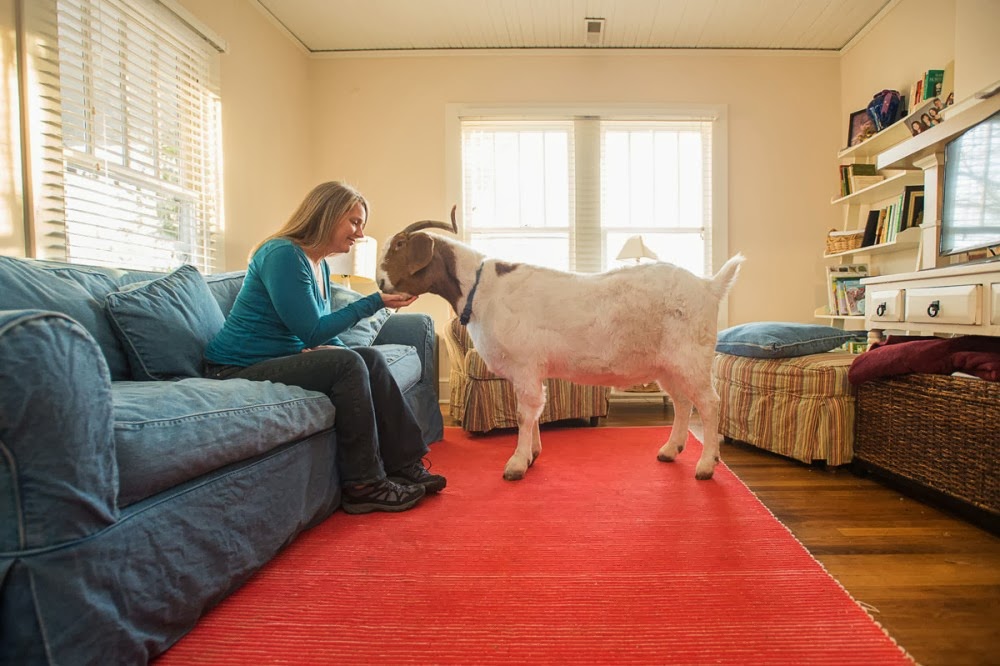 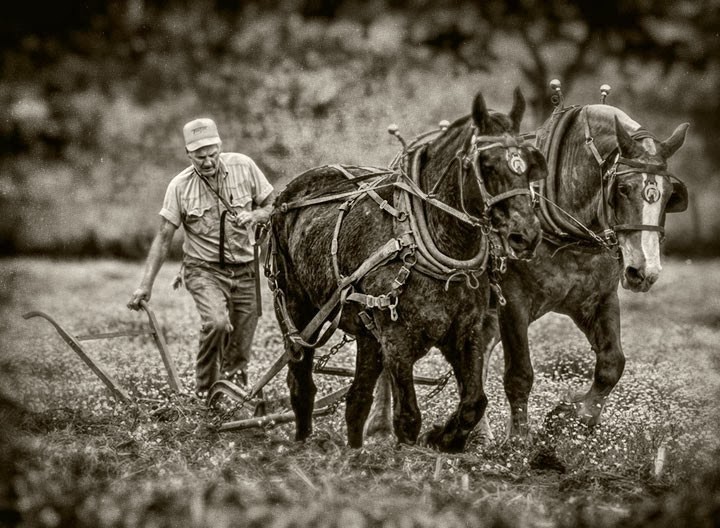 In addition to all this fine photography there are book notices and reviews and other features we have come to expect, and value, from S[xS]E. 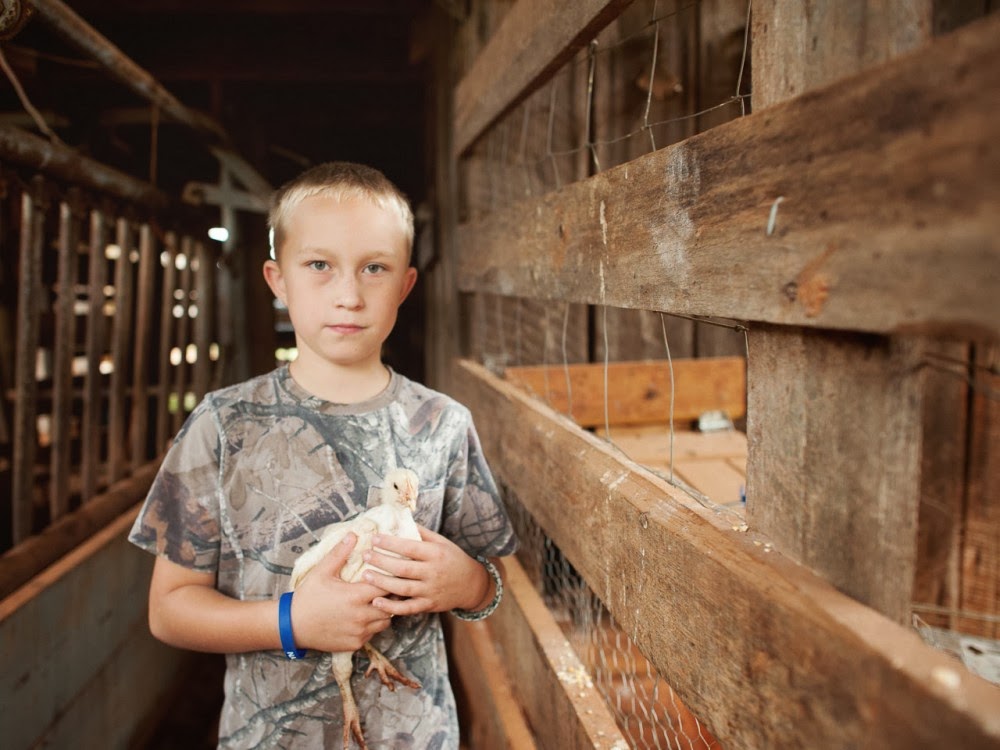 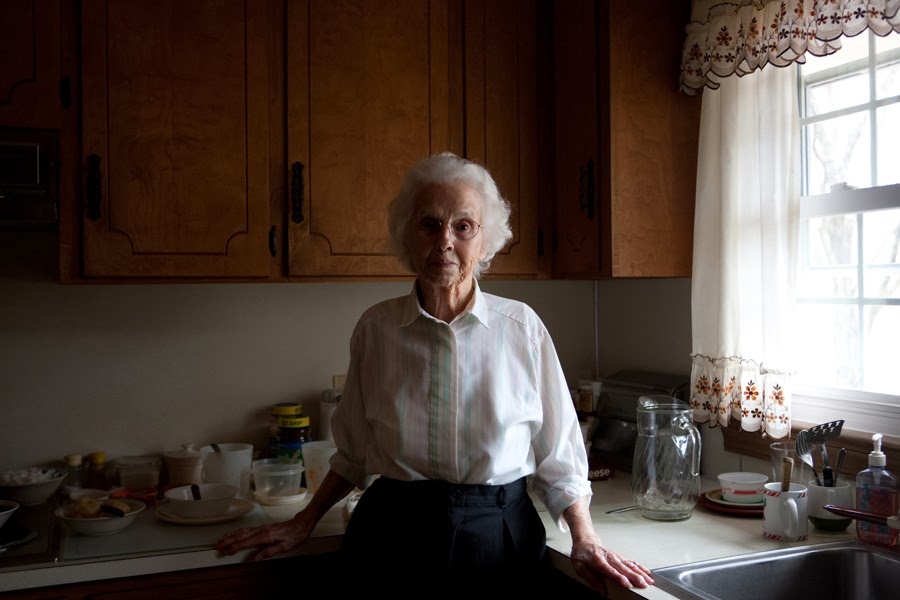 Three items of interest in the current press:

1. Photo District News has just released its list of 30 New and Emerging Photographers, and they include the following photographers with Southern roots or connections: 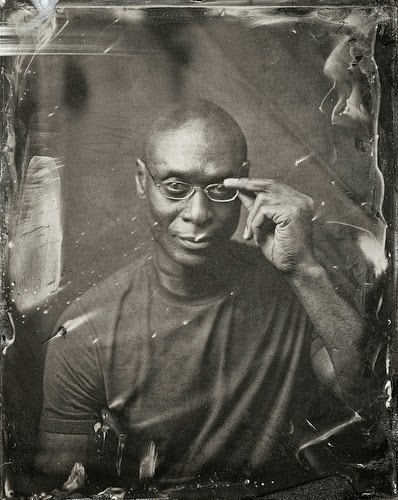 2. The Onward Photography Blog is now featuring an extensive interview with Chattanooga, TN-based photographer Joe Reynolds, here. See one of Reynolds' images below. 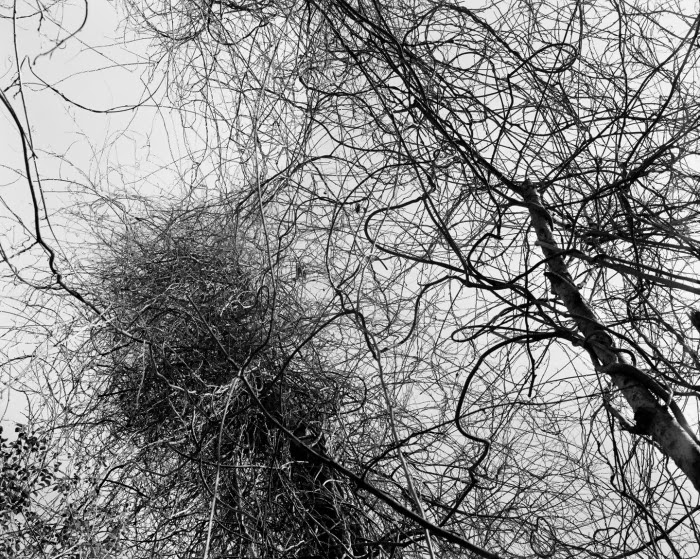 3.Rebekah Jacob, owner of Charleston's Rebekah Jacob Gallery, will be hosting an exhibition of Civil-Rights Era photographs for one night only, on March 12th, 2014, at the Abramson Family Auditorium on the Washington, DC campus of NYU, at 1307 L Street, NW,  in Washington, DC. 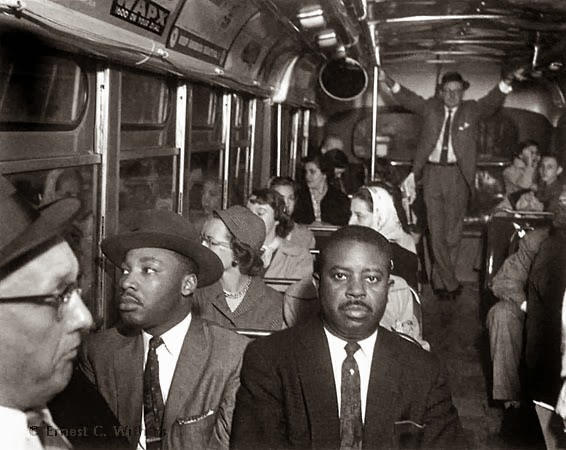 The show, Created Equal, starts at 6:00 pm on the 12th, and includes photographs of the Civil Rights Era by a number of distinguished photographers, including Ernest Withers, Bruce Davidson, and Bob Adelman

There will also be a screening of the documentary film Freedom Riders, a film by Stanley Nelson, starting at 6:30 on the 12th, followed by a panel discussion featuring Deborah Willis, of NYU's Tisch School of the Arts, Arun Chaudhary (TSOA '04), first official videographer of the White House, gallery owner Rebekah Jacob, and Christopher Wilson of the Smithsonian African-American History Museum.

The panel will be moderated by Gerald L. Early, of Washington University in Saint Louis.

Posted by John N. Wall/Photographer at 3:00 PM No comments: 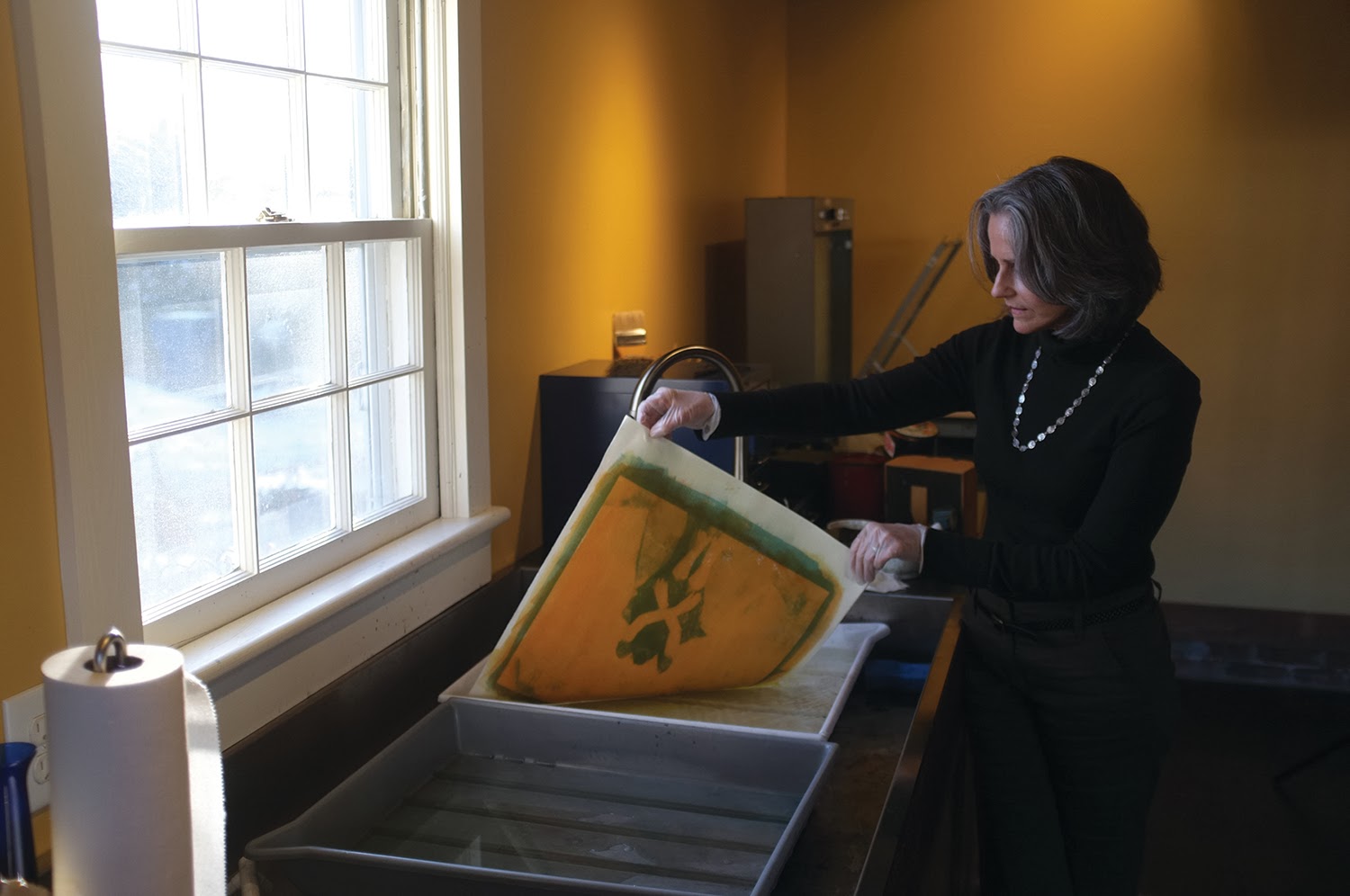 Raleigh-based photographer Diana Bloomfield is the subject of a feature story in the current issue of Raleigh's city magazine Walter.

Bloomfield -- who has won multiple awards and shown her work around the world -- uses chiefly pinhole cameras and alternative printing and processing methods. 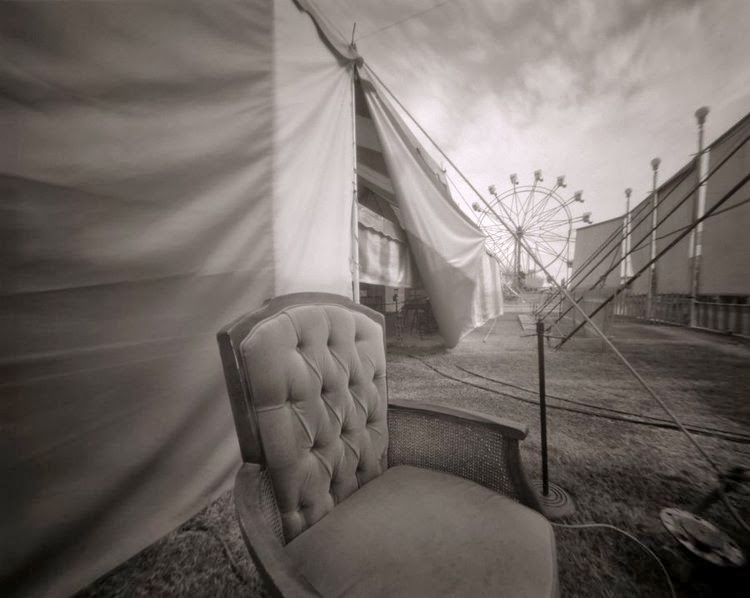 Her work ranges in subject matter from landscapes to portraits to elegantly seen fragments of the natural and built worlds. 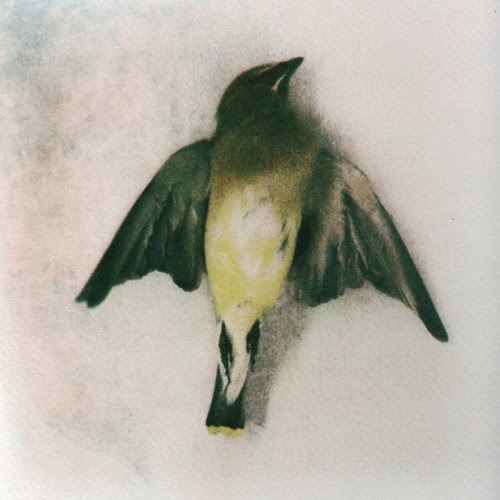 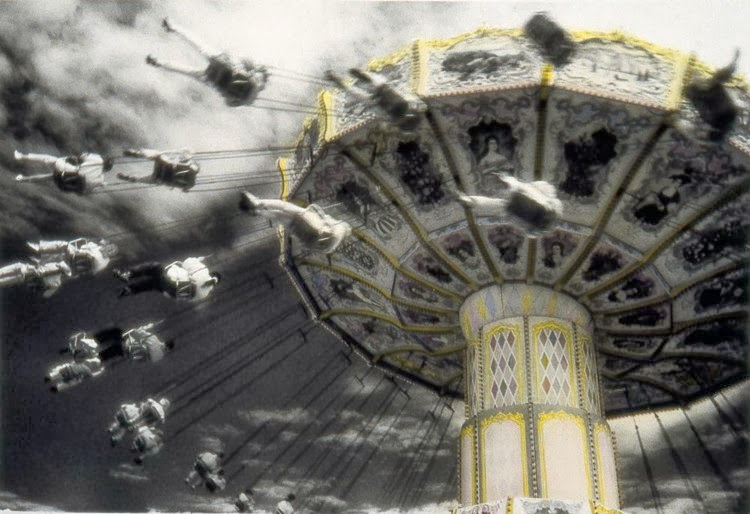 There is a stillness in these images, even when the subject matter is in frenetic motion, that contributes to their distinctive tone and mood. 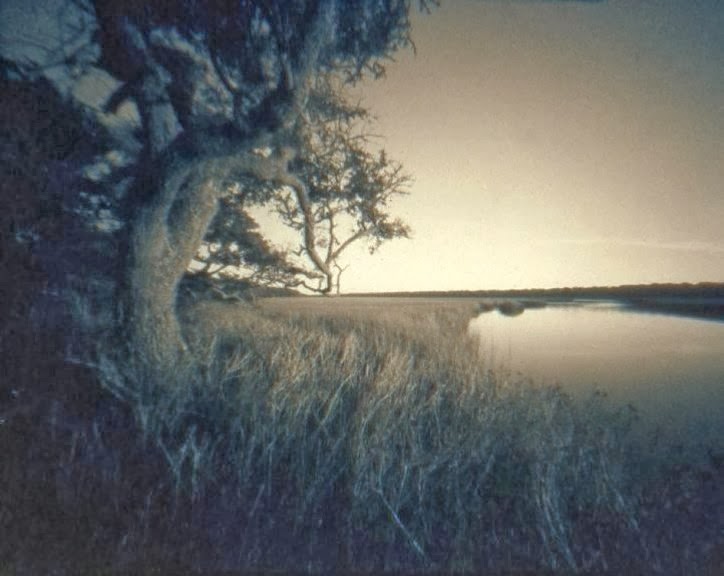 The Walter story, by Samantha Hatem, chronicles the development of Bloomfield's career and captures her distinctive vision.

This is hard-won and well-deserved recognition for the work of one of North Carolina's finest photographers.

NB the portrait of Bloomfield in her lab, at the top of this blog entry, is by Tim Lytvinenko, one of my former students, clearly doing well.


Carrie Mae Weems and Myra Greene -- two Honorary Southern Photographers -- will be making appearances at Duke University in the late winter and early spring of this year. 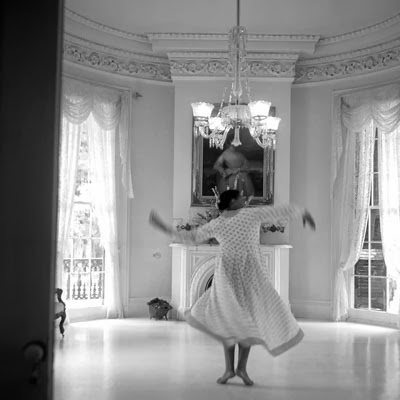 Weems has had a distinguished career making photographs that, in the words of the Nasher folks, confront "stereotypes and labels," and aspire to present “people of color" as representatives of "the human multitudes.”

In September 2013, Weems was awarded a MacArthur Foundation “genius grant,” and the Guggenheim Museum in New York opened a 30-year retrospective of her work in January 2014.

Work by Weems in the collection of the Nasher Museum is included in their exhibition Sound Vision: Contemporary Art from the Collection which opens at the Museum on March 6th and will be up through August 3rd, 2014).

For more information on Weems' lecture, consult the Museum's website at nasher.duke.edu or call them at 919-684-5135. 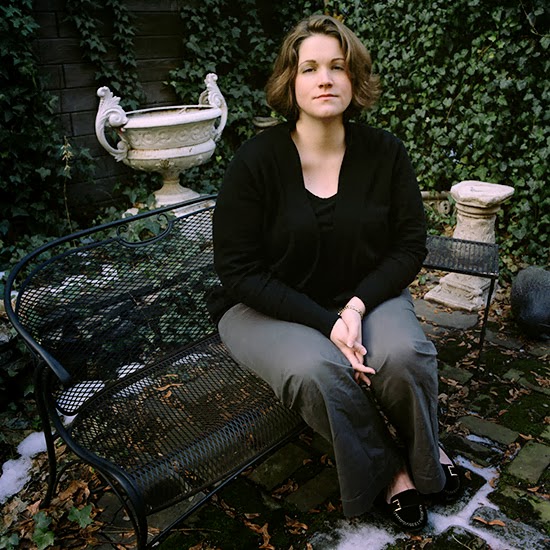 Greene's talk will be in connection with an exhibition of work from her portfolio, My White Friends, which opens at the Center for Documentary Studies on March 10th and will be up at the Center through May 17th, 2014.

For more on Greene's talk, and on this exhibition,  consult the CDS website at http://documentarystudies.duke.edu/, or call them at 919-660-3663.

Greene, the folks at CDS tell us, "has often used the human body--primarily black and brown ones, often her own--to explore issues of difference, beauty, and memory.

"In conversations with white friends, she realized that they had very different notions of racial identity than her own; in one pivotal exchange, a friend remarked that he really didn't think about whiteness at all.

"I had never considered this was possible," says Greene. "My White Friends was born out of this revelation.

"The project's "racial identity portraits" are co-constructions with Greene's friends that allow them to "respond to the idea of being imaged for their race," she says.

"Her goal is thoughtful dialogue about how we describe and think about racial identity: "I want conversations, not categories."

Even though Weems and Greene are not Southerners, they both deal in their work with issues of race and identity that are at the heart of Southern history and Southern identity. That is why I think of them as Honorary Southern Photographers.

Greene shows us in her work white people from a perspective that conveys respect, compassion, and a sense of common dignity, qualities of humanity that are frequently absent from images of people of color made by white people.

Weems shows in her work a faith in concepts of what it means to be human that are deeper than differences in color, a faith -- and therefore a hope -- to be celebrated in the face of all the the strife, conflict, suffering, and exploitation that characterize so much of Southern history.

We as Southern photographers have much to learn from Weems and Greene. My guess is, they will find welcoming and receptive audiences in their appearances at Duke.

Posted by John N. Wall/Photographer at 3:48 PM No comments: The volume was put together by François Cadava, Carlos Martin, and Justo Navarro. It contains a generous selection of Christenberry's work from all phases of his work.

Here's how the publisher describes it:

"This 260-page volume--the largest Christenberry overview yet published--offers a thematic survey of his half-century-long career. 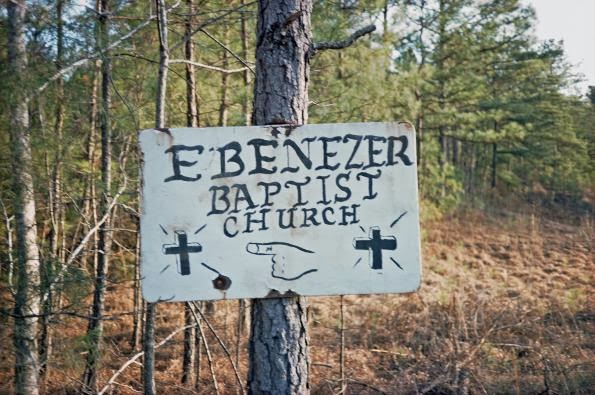 "The book is composed of 13 sections, each devoted to a particular series or theme:

"the wooden sculptures of Southern houses, cafes and shops; the early, black-and-white, Walker Evans-influenced photographs of Southern interiors, taken in Alabama and Mississippi in the early 60s; documentations of Ku Klux Klan meeting houses and rallies, from the mid-1960s;

"color photographs of tenant houses in Alabama, from 1961 to 1978; signs in landscapes, ranging from handwritten gas station signs to Klan and corporate signs; graves (which, through Christenberry's lens, emerge as a kind of folk art); churches in Alabama, Delaware and Mississippi, taken between the mid-1960s and the 80s; 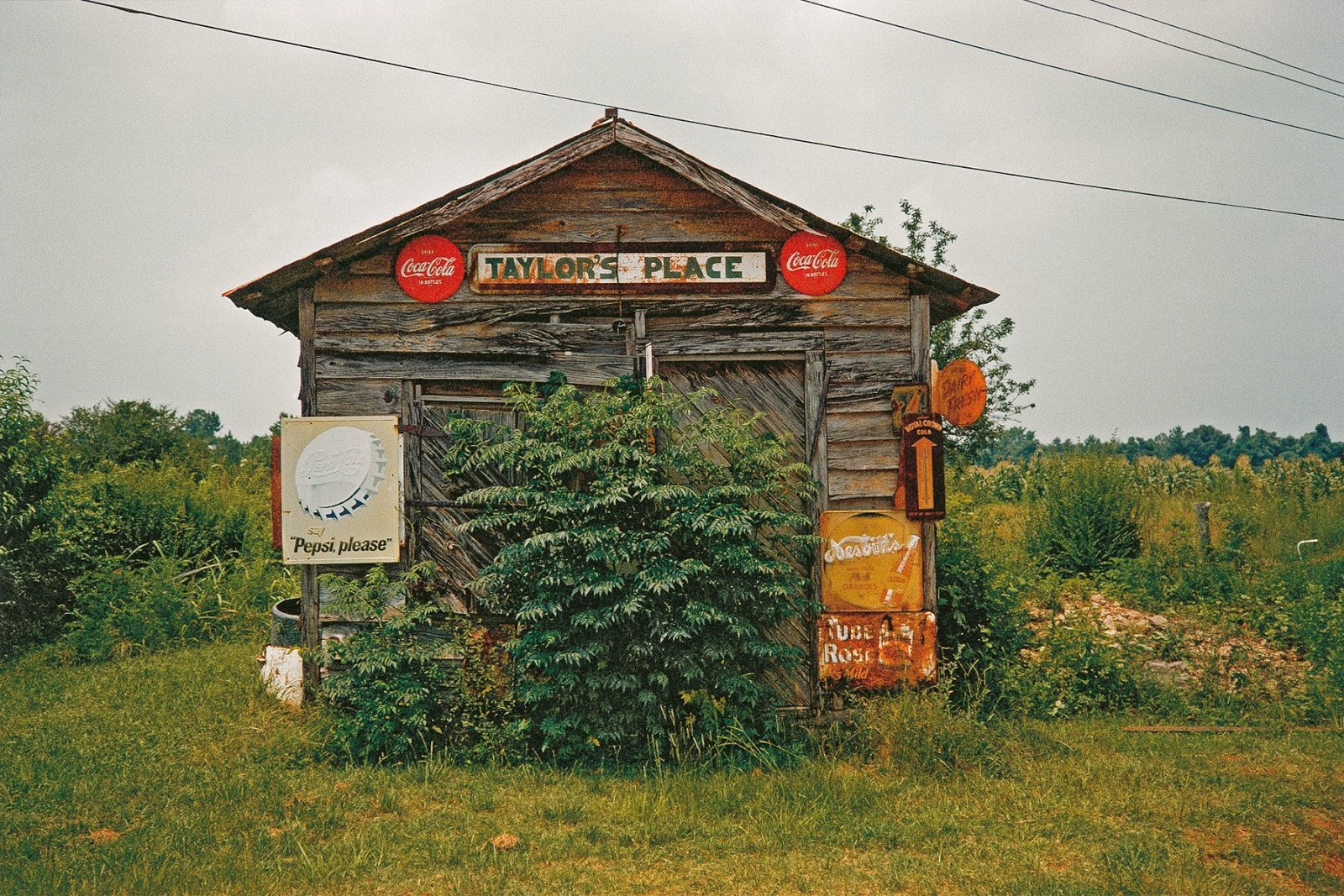 "Alabama street scenes, in towns such as Demopolis, Marion and Greensboro; street scenes in Tennessee (mostly Memphis); Southern landscapes; gas stations, trucks and cars in Alabama; and a selection from

"Christenberry's famous series of buildings to which he returns annually, photographing them over several decades-the palmist building, the Underground Nite Club, Coleman's Cafe, the Bar-B-Q Inn, the Green Warehouse and the Christenberry family home, near Stewart, Alabama." 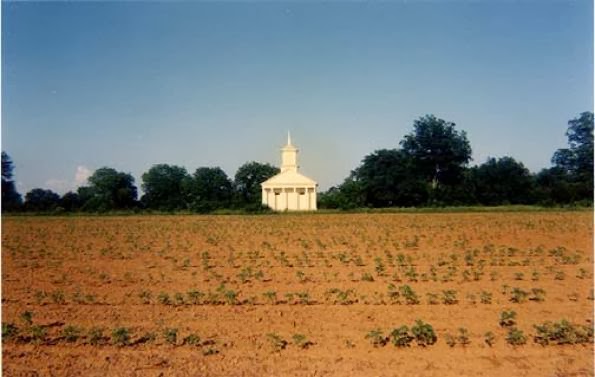 Christenberry, born in Alabama in 1936, has long been recognized as a major photographer nationally as well as regionally. He has had numerous solo exhibitions over the last 40 years, most recently in the Smithsonian American Art Museum in 2006.

It's good to have this retrospective volume of Christenberry's work.

Along with William Eggleston, Christenberry reshaped the practice of fine art photography in the post-World War II era in the USA while developing a tradition of depiction for the American South.

We still work with that tradition, either developing it or reacting against it, and that practice gives us something of our distinctive character as photographers of the American South.