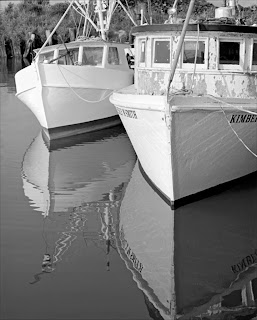 “To Southern art lovers, the work in this exhibition probably represents a kind of advance over an older type of regional photography of the magnolia-and-moonlight or sharecroppers-and-sheriff variety.

"It shows that a significant number of younger Southern photographers have broken out of the provincialism of regional photography and joined the mainstream of contemporary art photography.

"Like the post-World War II skyscrapers and freeways of Atlanta, or the integration of the public schools, it demonstrates, though in purely artistic terms, the final emergence of a once backward part of the nation into the modern world. No doubt this is deeply satisfying to Southern art lovers.

"But in this kind of modernization something is always lost: a sense of the peculiar characteristics of a region or a people, the thing that gave so much 20th-century Southern fiction its special flavor. “

Twenty years after Thornton's comments, the question is whether a distinctive “southern” identity is so deeply tied up in the culture of poverty and racism characteristic of the post-Civil War South that it cannot survive the South’s transition to modernity and, now, post-modernity, whether thought of in broader cultural or more narrowly aesthetic terms.

Since World War II, the South has gone – and continues to go through – a major cultural and economic transition that in many ways has eroded or ameliorated distinctive aspects of southern culture. For much of this change we must all be deeply grateful.

On the other hand, since it is now possible for someone to grow up in the South without developing even a trace of a southern accent, one must ask whether something essential to a southern identity has been lost.

Posted by John N. Wall/Photographer at 11:22 AM No comments: 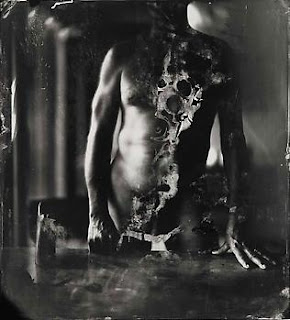 Sally Mann, a Virginia-based fine art photographer whose work often deals with southern families and southern landscapes, will have a show of her recent work at the Gagosian Gallery, 980 Madison Avenue, NYC, opening on September 15 and running through October 31, 2009.

Posted by John N. Wall/Photographer at 10:16 AM No comments:

Tim Barnwell at the NC Museum of History 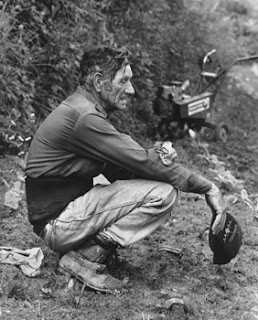 Tim Barnwell's images of people and landscapes from the southern Appalachians will be on display at the NC Museum of History through October 5, 2009. For more on this exhibition go here. For more on Tim's book On Earth's Furrowed Brow: The Appalachian Farm in Photographs go here.
Posted by John N. Wall/Photographer at 9:59 AM No comments:

Photography in the American South

This blog is about photography of the American South. The subject includes the South as a subject for photographs as well as a place where photographers learn and practice their craft. It will be a resource for links to centers, museums, collections, exhibitions, and individual artists. It will also be a place to reflect on the meaning and practice of a southern photography.

The South has functioned in American culture as a distinct place, an American “other.” Photography has done much to define that “otherness.” Photography developed as a practice early enough to record defining moments of this “otherness,” from late antebellum images of slavery through the iconic Civil War images of Matthew Brady and others to the documentary work of Lewis Hine in southern textile mills.

In the history of photography many of the iconic images are of southern subjects. Traditions of depicting the South in photographs achieved a defining moment in the depression-era images of Walker Evans, Margaret Post Wolcott, and others. Many of the images from Robert Frank’s The Americans depict southern subjects.

Many photographers significant in the history of fine art photography have themselves been southerners, from Eudora Welty to William Eggleston to Sally Mann. In recent years, major American photographers such as Harry Callahan have spent significant portions of their artistic careers photographing in the South.

Photography is now flourishing as a practice in the contemporary South, as events like Atlanta's month-long Celebration of Photography, Washington's FotoWeek DC, and Charlottesville’s Festival of the Photograph clearly demonstrate.

With so much going on, it's time to document at least some of it and to consider what it's about.
Posted by John N. Wall/Photographer at 4:29 PM No comments: