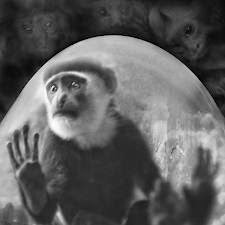 Atlanta-based photographer Anne Berry is having a terrific 2014, and the year is not yet half over.

Her haunting images of primates have appeared in exhibitions and publications across the country and around the world.

They are also about to appear in a book Through Glass, due out at the end of July from North Light Press (publication information here). 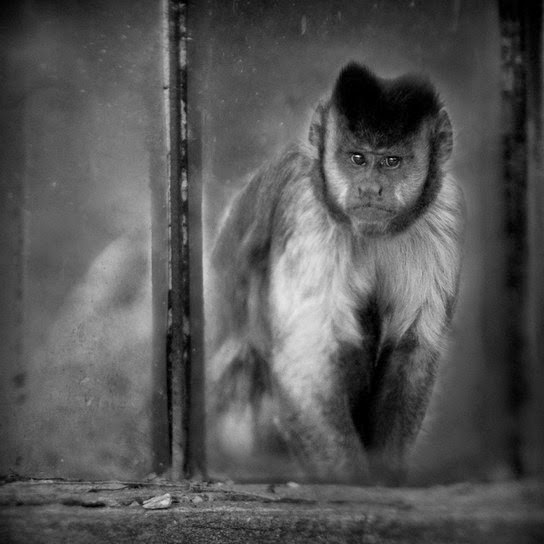 Each copy of the published book will also include an original, hand-pulled photogravure print of one of Berry's images.

Berry has also had work juried into the Houston Center for Photography's annual Membership Exhibition, opening at the HCP on July 11th, 2014 and up through September 7th.

Her work in this show has received the Beth Block Foundation Award for being among the top portfolios in the show. 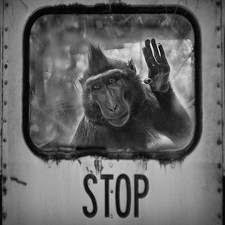 She also has work in the exhibit Center: The Choice Awards, now up at the Center for Contemporary Arts, in Santa Fe, NM, through August 2014.

Berry won one of the top prizes in this year's Center Award's competition.

Juror Malcolm Daniel, Curator of Photography at the Museum of Fine Arts, Houston, said of Berry's work that her "photographs of our primate cousins kept pulling me back with their deep sense of empathy. . . . . . the compelling subject matter and beautiful craft of Berry’s photographs won me over." Recent exhibitions of this work include a show now up at the Unlimited Grain Gallery, in the Netherlands, a show just concluded at Art Vilnius in Lithuania, and a show of work by 31 Contemporary Photographers, an exhibition of winners and finalists from the LensCulture Competition for 2013, at the London College of Communication.

Berry warmed up for this year by placing among the Photo Lucida Critical Mass Top 50 awardees in 2013.

Her winning work was included in shows of the Critical Mass Top 50 at the Cordon Potts Gallery, in March of this year, and at the Houston Center for Photography in May of this year. 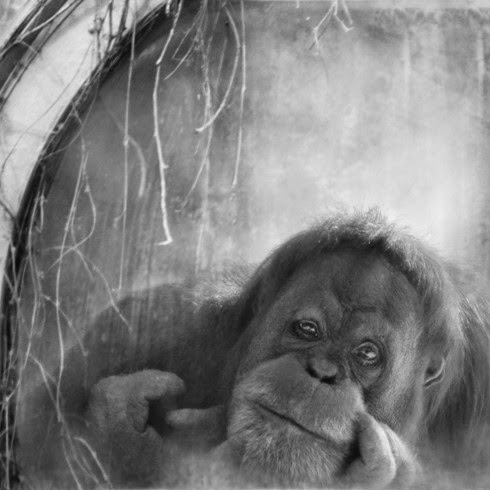 She also had work in the Currents show at the Ogden Museum of Southern Art, in New Orleans, in December of 2013.

Berry has published work from the Through Glass portfolio in the following publications in 2014:

This remarkable level of interest in Berry's work is strong testimony to the compelling power of her work. It is all richly deserved.

And who knows what the rest of the year may bring?  We will try to keep you posted. 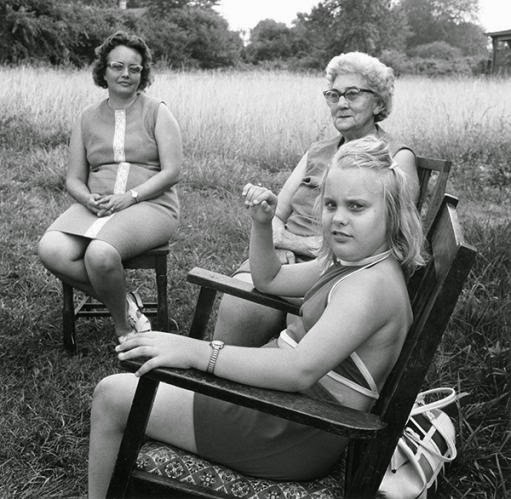 One of the singular joys of photography is its ability to put us in front of times and places we once knew but see no longer.

New Haven's Raymond Smith was active as a photographer in the South in the 1970's, producing a portfolio of compelling B&W images of places and people and things.

He now is about to have a show of this work, with the title In Time We Shall Know Ourselves, opening at the Montgomery Museum of Fine Arts, in Alabama, this weekend, on June 14th,  up through September 21st, 2014. 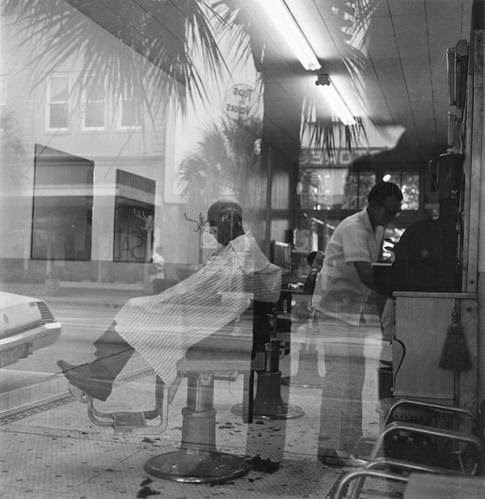 The show will then travel to four other Southern museums, on a tour running through 2016.

Its next stop will be at the Hickory Museum of Art, opening October 5, 2014, with a reception and gallery talk on October 26th. 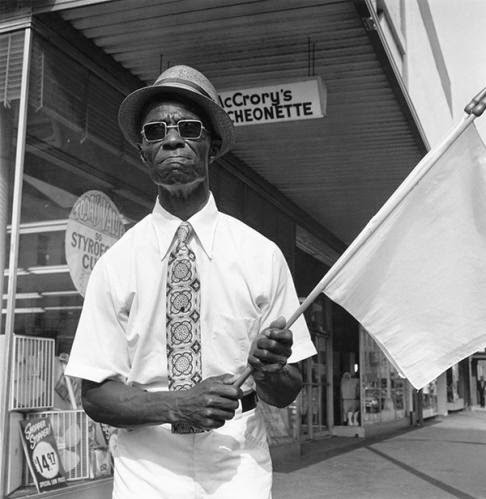 These images will also soon appear in a book with the title In Time We Shall Know Ourselves, published by Peter Falk, with essays by Richard H. King and Alexander Nemerov.

To get your copy, contact Peter Hastings Falk, Publisher, Rediscovered Masters, P.O. Box 833, Madison, CT 06443, or by email at peterfalk@comcast.net. 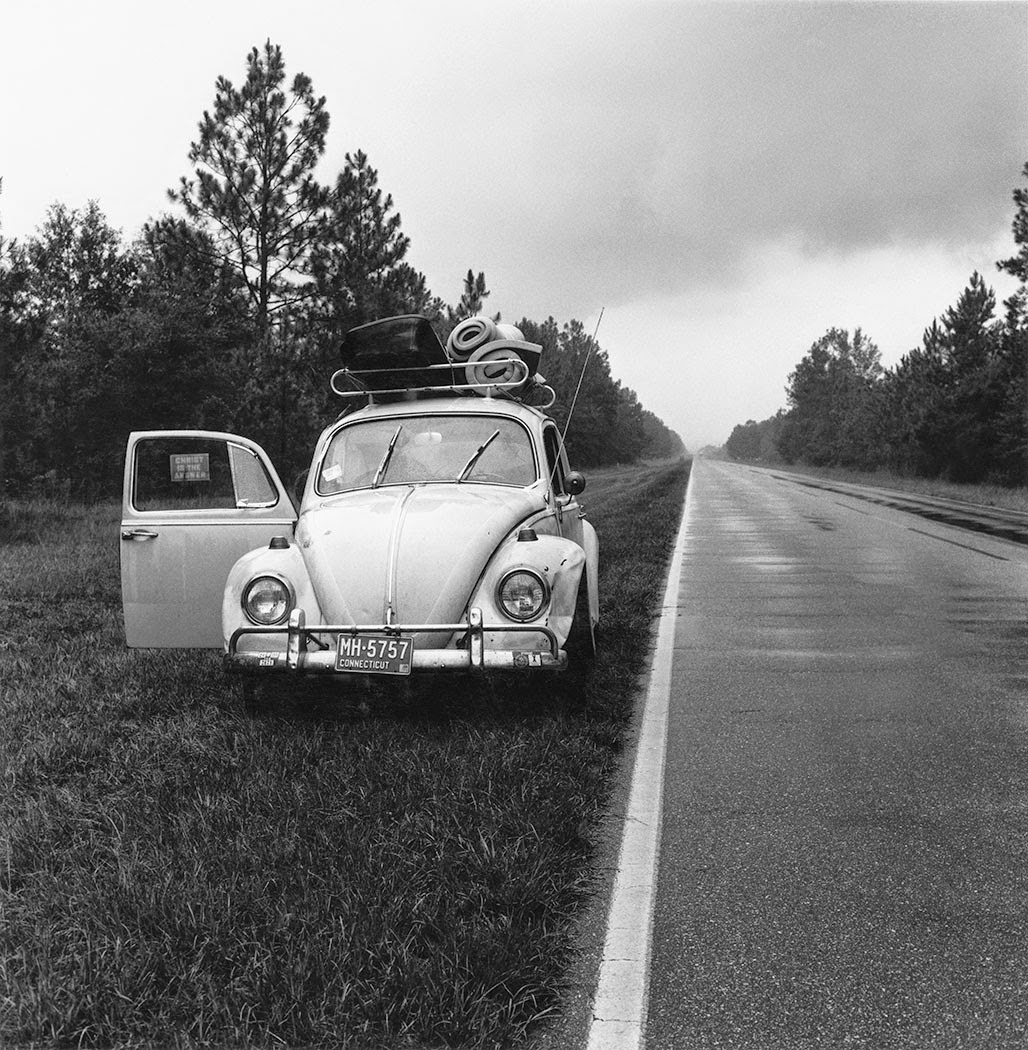 These images get the rural and small-town world of my youth just about right. Its good to see Smith's work getting the attention it deserves.

I do hope it is the case that in time we shall know ourselves. I'm not sure I'm there yet, but I do know these images evoke for me powerfully the world I'm from, and that's a help. 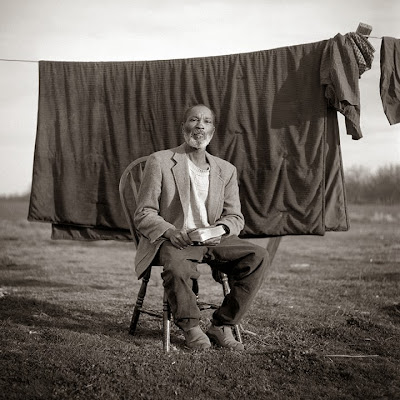 Some folks say the Delta region of Mississippi and Arkansas is the most Southern place in the South.

Here are some recent examples of folks who've earned major recognition for work in the Delta.

1. Dallas-based photographer Brandon Thibodeaux (see image above) has been named by the New Orleans Photo Alliance the 2014 recipient of a grant supported annually by the Michael P. Smith Fund for Documentary Photography.

Thibodeaux won this grant on the strength of his portfolio When Morning Comes, made in the Mississippi Delta.

The juror for this competition was Michael Famighetti, editor of Aperture, who said of Thibodeaux's work that it possesses "a quietness . . . from which it derives its strength.

"Religious symbolism threads the project: a modest church’s facade at night is illuminated by a street lamp; light cascades through cloud cover onto the Mississippi; light, almost magically, illuminates the beads adorning a young girl’s braids.

"The project alludes to past history and fraught racial politics that continue to mark the region, but mostly illuminates closely observed rhythms of daily life, community, and pride of place."

One of Thibodeaux's images from this portfolio was also featured as the PDN Photo of the Day on May 27th, 2014. 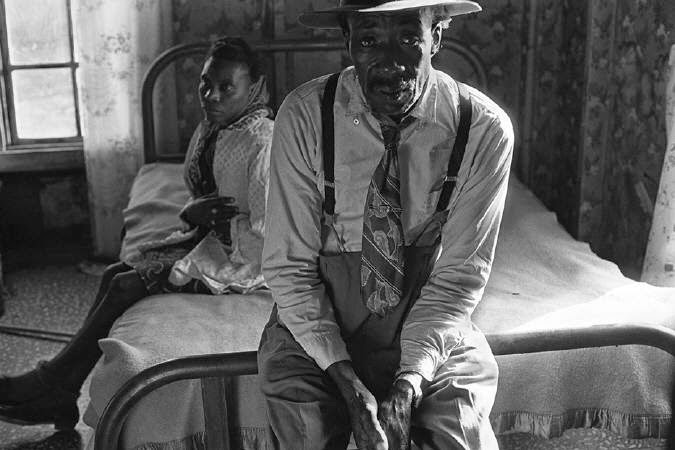 2. Honorary Southern Photographer Eugene Richards, also one of America's finest photographers, is having a show of his work made in the Arkansas Delta (see image above) from his portfolio Red Ball of a Sun Slipping Down at the Stephen Daiter Gallery, Suite 404, 230 W. Superior Street, in Chicago, opening this week, on June 6th, and up through August 3rd, 2014.

Richards' work in this portfolio dates from the late 1960's through the recent past, and embodies his reflections on his long and distinguished career as a photographer.

A book of work from this portfolio, also called Red Ball of a  Sun Slipping Down, will be published later this summer. 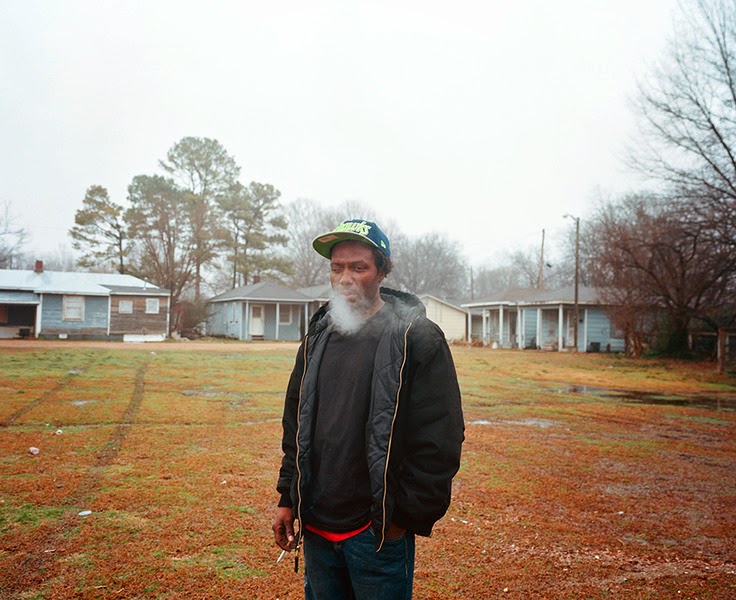 3. Norfolk, VA-based photographer Matt Eich (see image above) has been featured twice in PDN's Photo Annual 2014, in both cases because of work from his portfolio of work exploring race and class disparities in Greenwood, MS.

One of Eich's images was delcared one of the best examples of work for 2014 in documentary photography.

Eich was also named a finalist in the competition for the Arnold Newman Prize for New Directions in Photographic Portraiture, based on this work.

Since most of the photographs made in the Delta are made by white folks, and most of their subjects are black, the practice of photography is itself entwined in issues of race and class.

But that's true of everything in the South.

For some very interesting discussions of the Delta and of the Southern condition, also known as the Southern dilemma, go here, to an essay in the Atlantic.

Posted by John N. Wall/Photographer at 9:01 AM No comments: