A Day of Photography in Durham, NC 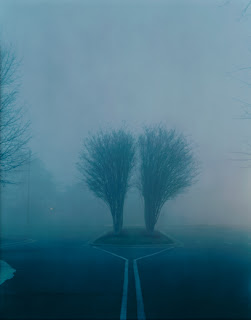 Sometimes, lots of good things come together. Saturday was a day like that. Durham, NC, is a small Southern city still struggling to overcome the decline of the tobacco and textiles industries. But there are strong educational and cultural institutions in Durham, like Duke University and NC Central University, and the old warehouses are being turned into studios and condos and restaurants, and, at the moment -- at least for photography -- there are lots of great things going on.

Here's what was on offer in Durham, this past Saturday. Duke's Nasher Musuem, which has quickly established itself as a significant museum, especially in the display of modern and contemporary art, has up a major show of photography entitled Becoming: Photographs from the Wedge Collection. 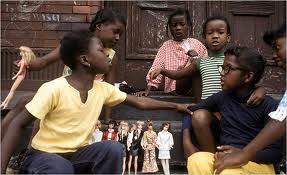 The show, up through January 8th, 2012,  includes over 110 photographs by more than 60 African and African Diaspora photographers (see image by Camilo Jose Vergara, above) assembled, in the Nasher's words to "explore how new configurations of black identity have been shaped by the photographic portrait over the past century."


This work is on loan from the collection of Dr. Kenneth Montague, who organized the exhibition. Montague has built up a substantial body of work of global scope, organized around its concern for exploring expressions of black identity.
Across the lobby of the Nasher is another show, The Deconstructive Impulse: Women Artists Reconfigure the Signs of Power, 1973-1991, which is up through the end of this year.  This show is a survey of leading women artists "that examines the crucial feminist contribution to the development of deconstructivism in the 1970s and 1980s."

While not entirely about photography, still has major work by Cindy Sherman, Carrie Mae Weems (whose work is also featured in the Becoming show), and other women photographers active toward the end of the 20th century.

At the Center for Documentary Studies, just a mile or so away from the Nasher, is a show of work by winners in this year's CDS/Daylight Magazine competition for photography in the documentary tradition. On view is a major body of work by overall winner Tamas Dezsos.

These folks are from all over the place (literally, with home sites ranging from NYC to Italy to Spain to Singapore), though none are actually from the American South. The local connections, though, are several. One, that CDS is now a cultural center of sufficient renown to draw entries from all over the world to its competition.

Two, that, especially, the works of Baldomero Fernandez remind us that the rural South is now exceptionally difficult to distinguish from generic rural America. And three, that one of the winners is Shane Lavalette, who we know is spending the year roaming our region and photographing us for the High Museum in Atlanta.

Across town, at the TTL Gallery, at 503 East Chapel Street, in Downtown Durham, proprieter Roylee Duvall maintains the only gallery in central North Carolina devoted to photography. He has up a large body of work by Durham-based photographer Kevin Logge. Logge specializes in what he calls "hand-crafted photography," meditative studies of objects and faces made in the darkroom using historic and alternative photographic processes.

Just down the hill from TTL is the Bull City Arts Collaborative, at 401-B1 Foster Street, which at the moment has up an intriguing show of work by emerging Raleigh-based photographer Raymond Goodman. Goodman has set out to document the growing farm-to-table movement in North Carolina which is reviving small-scale farming all over the South, and especially in North Carolina. 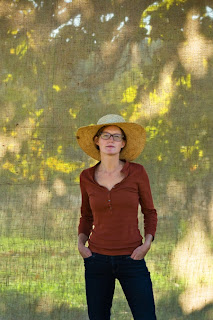 This show is called BURLAP: Portraits of Piedmont Farmers, and it's up through the month both at the BCAC and next door at the Piedmont Restaurant, one of Durham's restaurants that serves food grown by local producers.

Back over near Duke's East Campus is Durham's Craven Allen Gallery, which has a strong representation of photographers among its artists,  including Caroline Vaughan, one of North Carolina's master photographers.

On view right now is a compelling body of work by Durham-based photographer MJ Sharp, called LIGHT CACHE. This show's images (which you can see here) are haunting because they show us a world we cannot see, a world available only to the camera, and only after long, long exposures. You can see one example at the top of this entry, and also HERE: 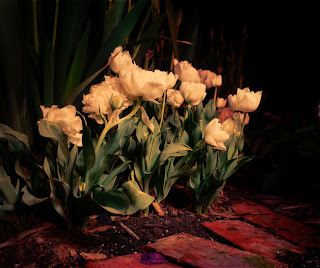 MJ's photographs are taken at night, with large format cameras, and on film, and under natural light. Frank Konhaous, the curator, along with MJ, of this show, gets this work just about right: "With the moon as her muse and mid-century large-format bellows film cameras as machine, she creates imagery not possible with modern digital equipment. She quite literally awakens the night and makes the darkness sing."

OK, so, that's how I spent my Saturday in photography, and in Durham, NC, too.

There was still more -- I did see a sign that promised to direct me to something called "The Church of Photography," but I had to leave that to another day.

I think there is a renaissance of fine art photography in the South, and I think Durham is becoming a major center of it. Stay tuned.