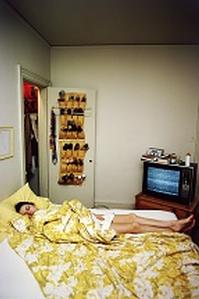 William Eggleston's For Now  includes images from Eggleston's work over four decades of photography and four decades of attending to family and friends, work (including the image above) characterized by Photo-Eye as having "an air of offhand intimacy, typical of Eggleston and typically surprising."

Sally Mann's The Flesh and the Spirit is the catalogue for Mann's current show at the Virginia Museum of Fine Arts and also contains images made by Mann over several decades, with special attention to her treatment of the human form, tackling, as Photo-Eye puts it, "often difficult subject matter and making unapologetically sensual images that are simultaneously bold and lyrical." Some of the most challenging work in this volume is images Mann made at Virginia's Body Farm, where corpses are set out into the elements to decay so that scientists can understand the process by which bodies return to dust. 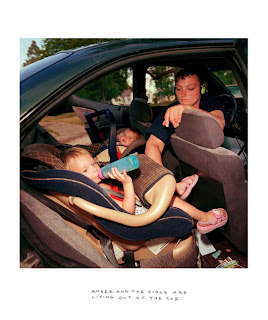 Chris Verene grew up in the Midwest and now works in New York City, but he went to college at Emory University  and received his MFA from Georgia State University, both in Atlanta. Throughout his career, and especially in his new book Family both the choice of subject matter and the style of treatment suggest a sensibility that has much in common with many Southern photographers, including the image, above, from Family.