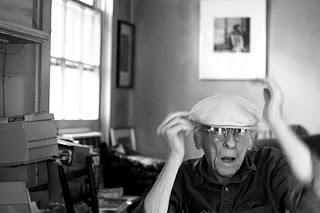 Menapace was deeply influential on generations of North Carolina photographers, including Elizabeth Matheson and Caroline Vaughan.

Menapace was not a native Southerner. He was born in Mt. Carmel, Pennsylvania, attended Yale University, and worked as a graphic designer for the Oxford University Press.  He later moved to Durham, NC to become Director of Design and Production at Duke University Press.

Menapace was largely self-taught as a photographer, though he studied deeply the work of Eugene Atget, Ansel Adams, and Minor White. He began to earn recognition for his photographs in the early 1970's, when he also began to teach photography at Duke University, at the University of North Carolina at Chapel Hill, and also at the Penland School of Crafts in western North Carolina. 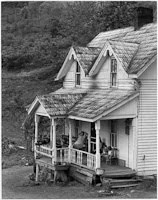 In 1984, the North Carolina Museum of Art recognized the importance of Menapace's work by giving him their first show devoted solely to photography. That same year, the Jargon Press published Letter in a Klein Bottle, a portfolio of Menapace's early work.

In 2006, Huston Paschal curated a one-man show at the Gregg Museum of Art and Design at North Carolina State University. The work in this show was published in a book, With Hidden Noise, with the title referring to Marcel Duchamp, an artist from whose wit, as well as his understanding of the nature of art, Menapace drew inspiration.

Also in 2006,  the NCMA included Menapace on the list of 10 distinguished NC photographers whose work it decided to purchase in depth.

Paschal said of Menapace that his "impact on the practice and acceptance of photography in North Carolina has been incalculable. The high standard to which he rigorously adhered supplied crucial reinforcement to developing artists and to those he taught in--and out of--the classroom."

A local writer, reflecting on the enduring qualities of John's work speaks of the "cerebral, formally elegant, witty, lyrical, and tender qualities in John's photographs.

Gene Thornton, reviewing a show of John's work in the New York Times, describes John's "impeccable taste and a faultless sense of design," transforming "perfectly ordinary bits of landscape - the curved border of a garden pond, a cyclone fence silhouetted against a hazy sea - into elegant semi-abstractions in black and white."

For more about Menapace, see this long profile from 2006 in Durham's Independent,entitled "Solitaire with pictures: John Menapace reflects on his life as a photographer," or this one from the website of the Penland School.

Contributions honoring the life and work of John Menapace may be made to the John Menapace Photography Endowment at the Gregg Museum of Art and Design, Campus Box 7306, NC State University, Raleigh, NC 27695.