Traditional Processes -- Group Shows in Charleston and at Penland Among the good things happening in photography right now is a renewed effort to demonstrate the continuing value of traditional methods and practices in photography.

Two major group shows now up on North and South Carolina demonstrate how  historical photographic methods are being used today by contemporary photographers in the practice of fine art photography.

The current show at the Penland School of Crafts is This Is A Photograph: Exploring Contemporary Applications of Photographic Chemistry, up now through May 1st, 2016. 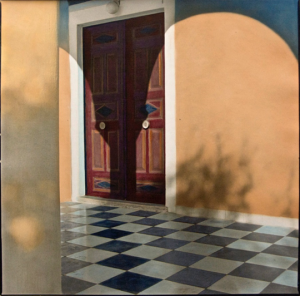 All the work in the City Gallery in Charleston has been created through what are sometimes called "alternative processes,” techniques which demonstrate the satisfaction and aesthetic power to be derived from a hands-on approach to crafting a photograph from start to finish.

While digital technology has come to dominate the world of photography, these artists – Raleigh's Diana Bloomfield (see image at top above) and David N. Hyman; Charleston's Christine Eadie and Karen A. Vournakis (see image directly above); Tampa's Matt Larson and Rebecca Sexton Larson; Easly, SC's Sandy King; and Chatham County, NC's Kenneth Jackson, as well as some other fine photographers Who Are Not From Around Here – choose to create their vision using antiquated time-consuming, very hands-on techniques. 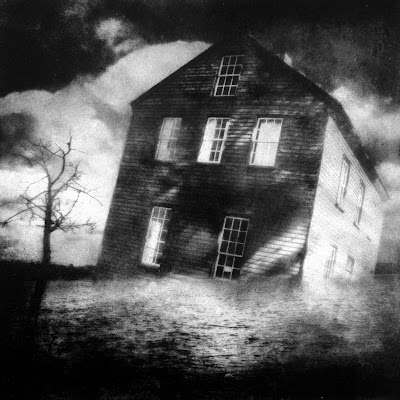 Techniques on display in this show include tintype, palladium, gum bichromate, and ziatypes.

According to the organizers, all this traditional work demonstrates these photographers' skill and expertise as well as their ability to combine old techniques with new agendas and visions in photography. 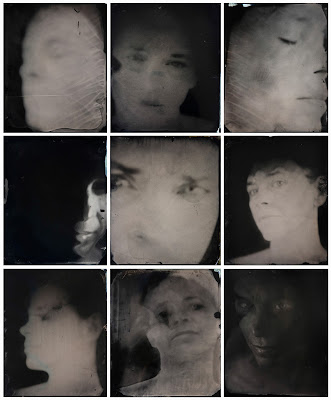 The second of these shows is up at the Penland School of Crafts, itself a statement of the importance of traditional photographic processes in the digital age.

Anything that happens at the Penland School of Crafts, in Spruce Pine, NC, is important because Penland is one of the South's -- and the nation's -- centers for support of "individual and artistic growth through craft" 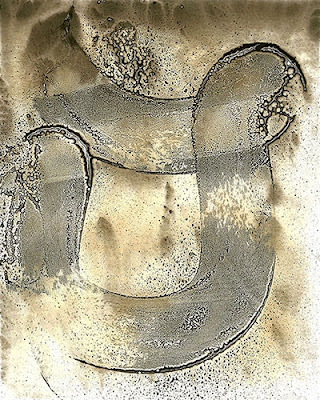 As the folks at Penland like to say, they "engage the human spirit . . . expressed throughout the world in craft . . . teaching skills, ideas, and the value of the handmade."

The show now up at Penland, This Is A Photograph: Exploring Contemporary Applications of Photographic Chemistry,  was curated by Penland instructor Dan Estabrook.

Estabrook says his goal with this show was to consider "the fascinating subject of chemical and physical photography in the digital age and how we might now define a photograph." 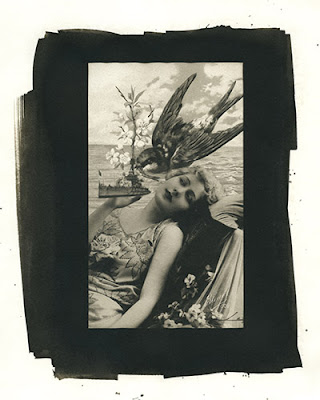 Work in this show, from such folks as Distinguished Southern photographer Sally Mann (see image three images up) and 22 other photographers, explore "the complex alchemy of light and chemistry" to "reach forward with their ideas and imagination and back in time to retain their connection to historical processes."

In the words of the folks at Penland, the works on show here "speak volumes about creative minds that disregard boundaries or definitions and seek only to realize their visions."

Photographers with work in this important show include, in addition to Mann,
the following:

If you go here, and click on each photographer's name, you can read artists' statements and see the images each photographer has in the show -- in digital form, of course, all lacking the physical and tactile qualities that "real" photographs embody.

I commend both these shows to you, if you are in Charleston or Spruce Pine.

Estabrook, in his Juror's Statement for the Penland show, has some important things to say about the use of traditional processes in the digital age, so I'm going to end this blog entry by quoting extensively from that statement.

Estabrook points out that "although photography is becoming purely digital, like much else in our life today, we still live in a physical world, and there are artists who will always want to make physical things.

He notes that specific expressions of digital technology age quickly, so that he has "to scramble to find the right cords and batteries and software to use some early digital cameras from 2001, and it became evident how much harder it was to work with the obsolete technology of five or fifteen years ago than with the processes of 150 years ago.

"Most of our computers now can't run the first version of Photoshop (ca. 1990) or read early Photo CDs or Zip drives. Even the standard color snapshot is being discontinued, since the machines reguired to make and develop color films are disappearing for good.

"The history of photography, like the history of technology in general, seems to suggest that every new system or process is an advancement on the last, making all older forms obsolete.

"And yet for every technigue that has been pronounced dead, there seems to be an artist ready to explore its particular expressive qualities.

"The artists in this exhibition are each exploring the possibilities of physical and chemical photography to pursue their own contemporary aims, very much in the here and now.

"Some are finding a wealth of new beauty in the simplicity of the photographic act --a permanent  mark made by the meeting of light and chemistry.

"Others are deeply engaged with history, in how we look backward from the present or forward to the years ahead.

"Still others have realized how much can be revealed in the life of a physical photographic object.

"Any technology that can still be used by artists, whether it's something that can be handmade or something produced from saved and scavenged machines, is going to have an ongoing parallel history through the work of these artists, not just as a period relic but as a technology carried along into the present with new developments and new meaning for the future."

Well said, and well represented in both these shows, worth our reflection in the spring of 2016.